There are those who visited Italy many times, those who wish to come back again, or who hopes to go to live there someday. Those who dream to go to Italy once in their life, at least. And also who learnt Italian language just to feel closer to Italy. So, a true love! This make me happy and full of honour.

Therefore, I decided to write an article to discover what Turkish like about our Belpaese. I asked them these simple questions. Which is your Italian favourite town and why? In which Italian region or town would you like to go to live? According to you, there is a region or city that reminds you Istanbul or Turkey in general? In your opinion, there are some points in common between Turkey and Italy? If yes, can you quote some of them? What do you think about Italian people?

I have to say that the survey has been very curious and interesting. Tuscany, together with Florence, followed by Venice, above all, seem to be the most famous, loved and yearned to live. Yet, those who had the possibility to know better our country, admire also other places (both popular and unknown). So, many different opinions! But I have also to say that all those I interviewed seemed very happy and enthusiast to answer to these questions and give their opinion about our country. This moved me so much.

Rome and Venice, both beautiful 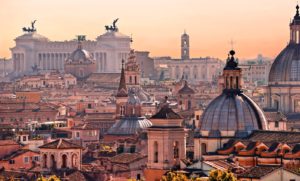 Melih is a musician and he visited Italy many year ago, discovering the Italian culture through the music. «I went to Rome and Venice, two beautiful cities… But I have never been in the South of Italy, but I think the southern cities are more genuine and wistful. Surely I prefer the south of Italy or Tuscany, because I heard that Tuscan people prefer a ‘’slow life’’ style and I like this kind of life so much. About an Italian city that reminds me Istanbul, I think Rome. If there are some points in common between Italy and Turkey, I think both of people are warm and have a strong sense of humour. Evidently I have a good opinion about Italians. They are very hospitable».

I fell in love with Pitigliano 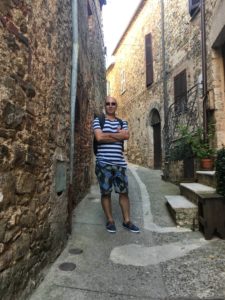 Firat in vacanza a Pittigliano

Fırat is a naval engineer and at present he works in Korea. Few years ago he attended a course to learn Italian. « I went to Italy for holiday and my favourite city is Pittigliano (Tuscany). The first time I saw this city I am really fallen in love with it, seeing all the lights coming out from the mountains, full of little old and peculiar villages. I would like to live in Tuscany but only in one of the ancient cities, because I think this is the only place to find genuine Italians, taste the Italian food, such as the olive oil and drink good wine, of course. Many houses and towns are still in the old style, for example. So, in my opinion, there are not any Italian towns that reminds me Istanbul because I think Istanbul is very different, too overpopulated and polluted; too immigrants. But if I have to say a name, maybe Rome could remind me a bit Istanbul, but just because it is overpopulated too. About the points in common between Italy and Turkey, I’d say the people. For me Italians are the Turkish of Europe: a bit quick˗tempered, they love enjoying themselves, for example. Just, they speak up».

Deniz in visita a Firenze

Deniz works for an international Company so he travels so much for job. He came several times in Italy, both for job and holiday. «My favourite city is Florence, for its nature, art, food and good wine too. So I would like to live in Tuscany for sure. I have been in Siena, for example, and I love this town so much, as well as Florence. If there are some points in common with Turkey? Well, maybe just the Mediterranean disposition, personality of people reminds me Turkey, but I think the architecture, food and culture are quite different, in general. I like Italians, even though they speak and gesticulate enough».

Melda is a young woman who works in the field of fashion and textile. She loves Italy so much, for this reason she attended an Italian language course and she speaks it very well. Melda came in Italy many times so she knows many places. «I love Italy and my favourite city is Florence, because it is a city rich of emotion and you wish to come more and more. You can find everything: art, sport, night life and so on. It is really a beautiful city. So, if I could live in Italy I would go to stay in Tuscany, one of the most wonderful regions. But I don’t think there is a place in Italy similar to Istanbul, because I think Istanbul is another world, it has got a different aura. It is difficult to say if there is an Italian city can be like Istanbul or Turkey, in general. Instead, in my opinion, Sicily has got several points in common with Turkey. You know there was the Ottoman domination in the south of Italy, so they left many marks of their culture. So, I’d say that there are not many difference between Turkey and Sicily, after all. What I think about Italian people? You are nice and the most sweetheart in the Europe». 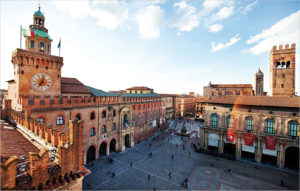 Serra is a Maths teacher. She attended the IMI (Italian high school in Istanbul) so she speaks Italian very well; in additions she get married with an Italian man. Actually she lives in Italy with her husband. «My favourite city is Bologna because it makes me free. At present I live near to Venice, where my husband was born, but if I could choose I’d like to go to live in one of these regions, Calabria or Puglia, because I love the sea so much. If there is a town reminds me Istanbul? Well, maybe a mix between Rome and Milan could remind me Istanbul, but alone these two cities are very different from Istanbul. About the points in commons between the two countries, surely in both of them the food is good and people are kind and friendly. What I think about Italians? Well, I married one of them, so my answer is clear!» 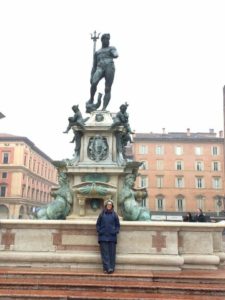 Burcu T. is a stage actress and a drama teacher too. She attended a language course in Italy and besides she had got a job experience with children of Don Bosco oratory, because she is a Salesians’cooperative member, so she knows Italian a bit.«My favourite city is Bologna, because I don’t feel as a tourist when I go there. So if I could I’d go to live in Bologna or Florence, because I find them very particular cities. If there are some Italian cities like Istanbul? I’d say maybe I could find something in every town that can remind me my city; for example Rome is a historic city, or Milan for the shopping; exactly like Istanbul. Surely there are some points in common with Italy. For example, Italian people are friendly as well as Turkish; there are some traditions and familiar aspect very similar. And both of people like eating, chatting with other or speaking up. Then the climate is quite similar too. I like Italians so much, they are interesting and very friendly. I have some good friends among them».

My favorite city is Oristano 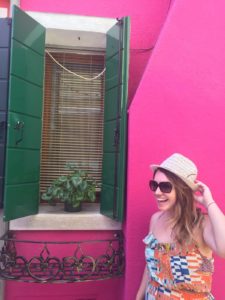 Burcu A. is an English teacher, she lived in Italy for a while because she took part The Comenius Project in Sardinia. «My favourite town is Oristano, in Sardinia, because I have many wonderful memories there. And my second favourite city is Venice, a particular city. Instead, I would like to go to live in Bologna because it is warm and welcoming city, and I heard the youth population is high there. Besides, there are cheap flight to Bologna from Turkey. I have to say that Sardinia reminds me my land for some aspects. People are kind hearted and warm. There are some similar things between us , of course. Of course, both Turkish and Italian people like good wine, there are some typical dishes. In addition both of people are kind, warm and hospitable. They are also fond of their families». 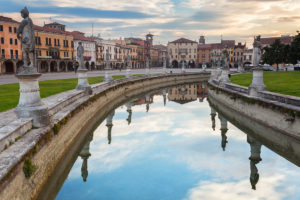 Mrs Sedef is the Headmaster of the school where I work. She attended the Italian High school in Istanbul, so she knows our country very well. Moreover, she has been the head master in another Italian school, always here in Istanbul. «My favourite city is Padova because some years ago there were a twinning between a school of Padova and the other school where I worked before. In addition, Padova is a city on a human scale, easy to reach from Istanbul. If I could live in Italy I’d choose Padova, for sure, or another city in the Northern Italy, in any case. Instead, the city reminds me a bit Turkey is Venice, also for the historical background that ties the two countries. Definitely I find some points in common between the two nations, for example the easy way to communicate with people, some similar tradiotions, such as the cuisine. Above all in the South of Italy. And obviously I have a good opinion about Italians, having many Italian friends and, for example, I feel more at home to work with all of you at school». 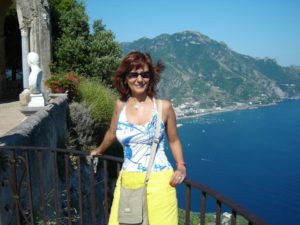 Meltem is an Italian Language and Literature teacher, so she knows very well our language and culture too. «The city I like so much is Naples. Instead, I love walking in Tuscany and the typical food. But I like also Liguria too because is a natural region, less mess, the people is very kind and there are many places to see. A very beautiful region, particular in every way. Another city I like so much is Trieste, little but modern and there is everything too, then it is near to Venice. Being a stranger, I felt easy to live in Trieste, to be part of civic life. Maybe Naples reminds me a bit Istanbul, because it is messy and particular, people is likeable; like Istanbul in fact. About the points in common, according to me, both the countries are in the Mediterranean area so they convey the Mediterranean influence for sure. Then people are kind and sincere. Above all in the Southern Italy, very close to Turkish people. I like Italian people, they are hospitable and very kind. In addition I have many dear Italian friends».

I noticed that the most of my Turkish friends feel a deep affection, respect for Italy and, in general, for Italian people; maybe just a bit more than us ( and, by nature, Turkish people are quite nationalist, patriotic). This led me to make a consideration. Seeing as abroad our beautiful Italy is very loved, maybe we (I mean Italians) should be more proud and learn to love and respect our country much more. And defend it too.

Ottoman domination in southern ITaly? When?

No, Ottomans never dominate in Italy. Probably Melda is confusing Ottomans with the Arabs.

Good evening
fist of all thanks so much for reading the article. to be specif The Ottomas dominated a part of South Italy and exactly Puglia region ”suffered the Ottomans influence or domination
I wish you a nice evening